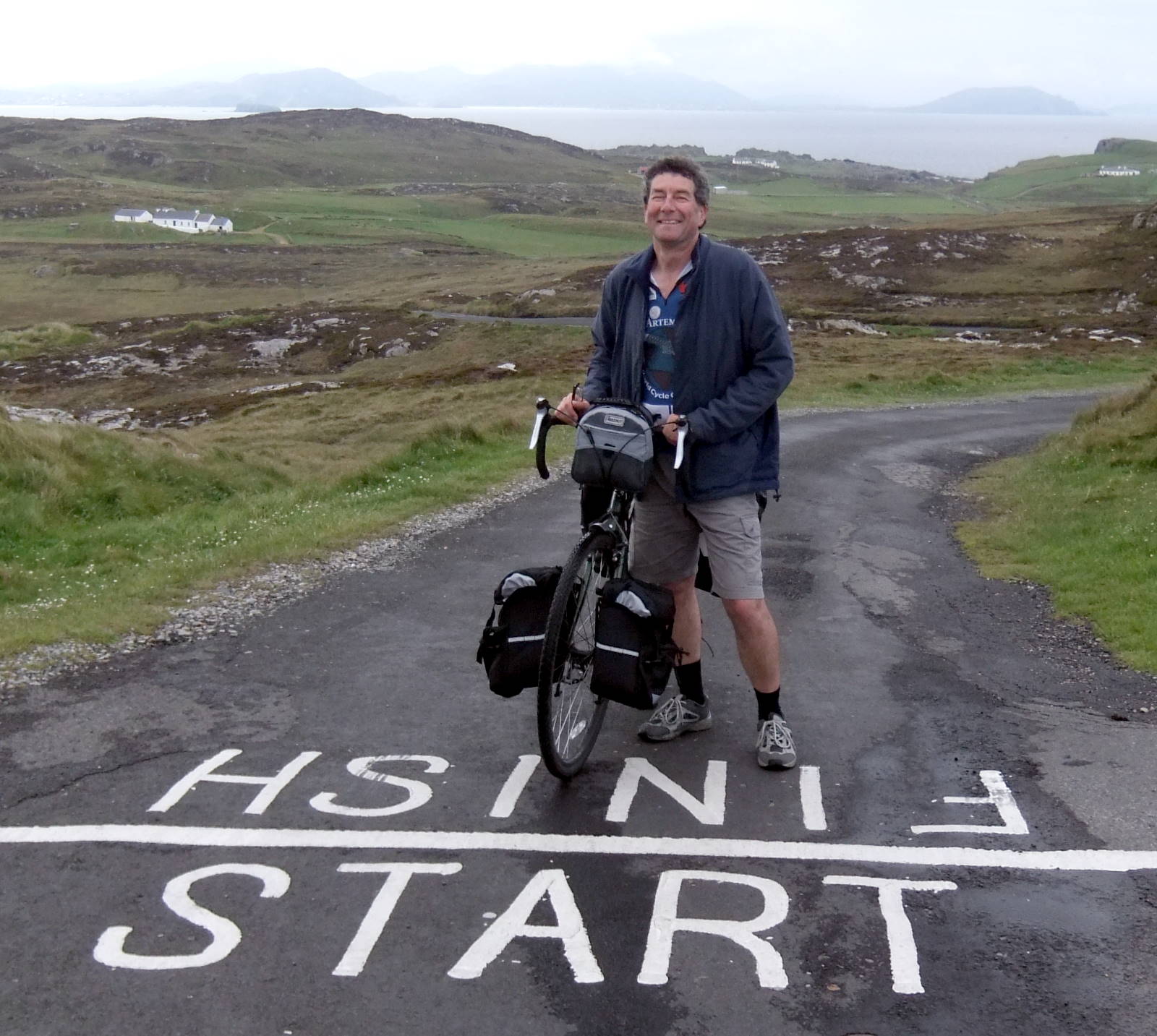 I’m Rob Ainsley. In June 2011 I cycled Ireland’s End to End, partly with my friends Si, Sue and Mark.

Read about this, about my other international End to End rides, and about much more, at my new website e2e.bike.

The customary extremities are Mizen Head, down in southwest County Cork, and Malin Head, up in the north of County Donegal.

The total End to End distance was 665 miles, and took two leisurely weeks of 40–70 miles a day.
This trip is part of my long-term project of cycling international End to Ends:

Grey, damp, lonely roads spattered by drizzle and swathed in cloud this morning, but I was happy. I was heading to the end of the End to E... 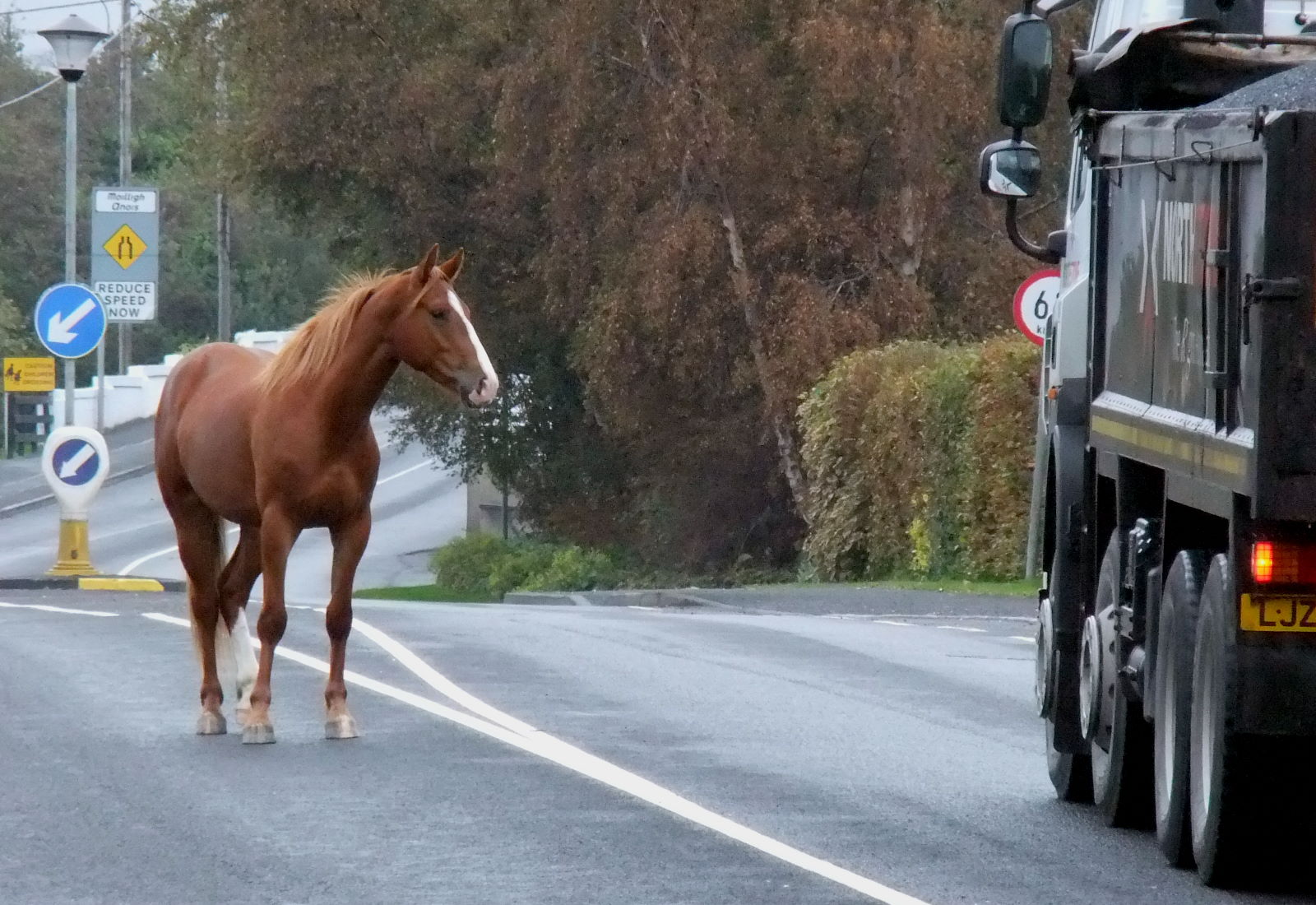 ROUTE AT A GLANCE 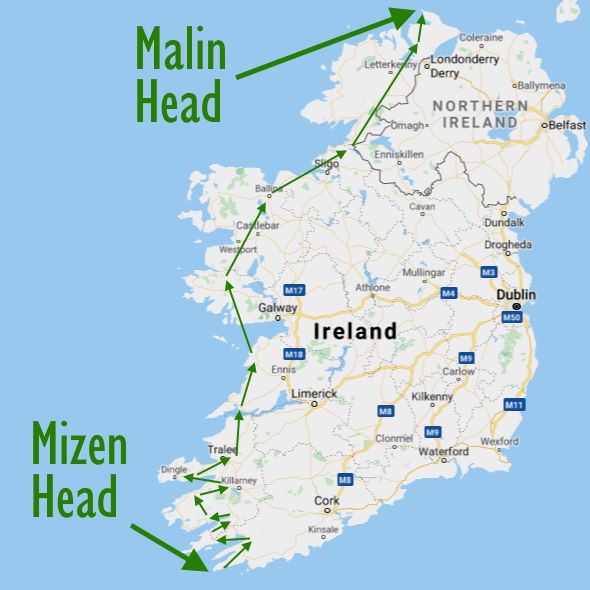 Rob Ainsley
Cycling writer. Do more cycling than writing though. Live in York but usually away.

Email me on rob [dot] ainsley [at] mail.com.